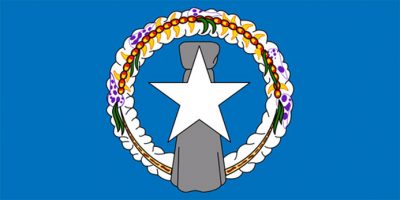 The CNMI is a trust territory of the US; however, it is self-governed by an elected governor and has an independent constitution. CNMI is located in the North Pacific Ocean, 1,842 miles east of Hong Kong and 3,226 miles west of Hawaii. CNMI consists of 14 volcanic islands encompassing approximately 180 square miles of land. The official languages are English, Chamorro, and Carolinian. The climate is tropical throughout the year, with an average temperature of 83° Fahrenheit.

In 2010, the dominant ethnic groups included Filipino (40%), Chamorro (27%), Chinese (except Taiwanese) (8%), other Native Hawaiian and Pacific Islanders (7%), Carolinian (5%), Korean (5%), other Asian (4%), other ethnicities (3%). Thirteen percent of the population is identified to have two or more ethnic origins. Seventeen percent of the CNMI population spoke English only. Of the 83% that spoke languages other than English, the most commonly spoken languages were Filipino languages (40%) and Chamorro language (29%) (2010 Census).

The Commonwealth Healthcare Corporation (CHCC) is the public provider of healthcare services and includes one hospital, one medical laboratory, Kagman Community Health Center, Rota Health Center, Tinian Health Center, Community Guidance Center (mental health and substance abuse information) and the Division of Public Health. Information on the CHCC budget could not be obtained and is not publicly available.