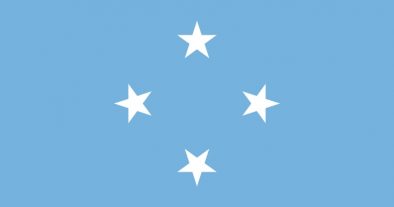 The FSM is a sovereign nation located in the North Pacific Ocean about three-quarters of the way from Hawaii to Indonesia.  It is officially a constitutional government in free association with the U.S. which provides funding under a Compact of Free Association (COFA) that is administered by the Department of the Interior’s Office of Insular Affairs.  FSM consists of 607 islands occupying over 1,000,000 square miles of ocean with a total land area of 436 square miles of mountains, coral atolls or volcanic outcroppings.  The islands are grouped into four states; Chuuk, Kosrae, Pohnpei and Yap.  Yap, Chuuk and Pohnpei have outlyigng atolls in addition to their main islands.  Kosrae has only a main island.  The nation is located in two time zones; Yap and Chuuk are 18 hours ahead of Pacific Standard Time and Pohnpei and Kosrae are 19 hours ahead of Pacific Standard Time.

As of 2012. the population of FSM was approximately 107,500; 53,500 in Chuuk, 7,800 in Kosrae, 35,000 in Pohnpei and 11,2000 in Yap.  The median age is 22.7 years and life expectancy at birth is 71.8 years.  The majority of (63.4%) of Micronesias are between the ages of 15 and 64 years.  English is the official and most common language spoken and functions as a linguistic bridge in the FSM.  Fifteen indigenous languages are spoken and they are grouped into five major categories, Chuukese, Kosraen, Pohnpeian, Yapese and Kapinga-Nukuoro.  Only 23% of the population lives in an urban settings. Eighty-nine percent of the population is literate.