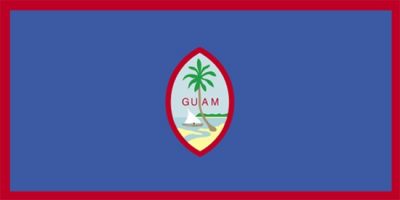 Guam  is an Unincorporated Organized Territory of the United States. The population of Guam is approximately 159,358 (2010 Census). Guam is ethnically quite diverse; the most prevalent ethnicities are: Native Chamorro (37.3%), Filipino (26.3%), White (7.1%), and Chuukese (7.0%).  The remainder of the population is comprised mostly of other Asian and Pacific Islander etnicities. Guam is made up of a single island that is 209 square miles, with 29% of Guam’s total land area occupied by U.S. military bases. There are approximately 12,000 military personnel and dependents living on Guam. The central region of Guam is the most populated, with approximately 44,943 people residing in Dededo.

There are two civilian hospitals on Guam, the Guam Memorial Hospital Authority (GMHA) located in Tamuning and the Guam Regional Medical City (GRMC) located in Dededo. There is a U.S. Naval hospital for the military and their dependents located on the Guam Naval Base. There are also a number of private clinics located on Guam, including many specialty clinics.

Medicaid and Medicare programs are available on Guam. There is also a locally-funded Medically Indigent Program (MIP) designed to pay for medical expenses of low-income families without other health insurance. Those who don’t qualify for assistance may opt for private insurance.  There are several health insurance providers on Guam. Approximately 75% of Guam residents have health insurance (2013 BRFSS). Although Guam has many more medical services available than the other USAPIs, patients still need to go off-island for certain specialty care.