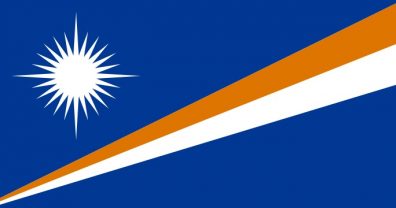 The Republic of the Marshall Islands

The Republic of the Marshall Islands (RMI) has been a sovereign nation since 1986 with a Compact of Free Association (COFA) with the United States of America. The nation consists of 24 coral atolls, with a total of 1,156 individual islands and islets. The population is 52,158 (2010 Census).  74% of the population resides on Majuro and Kwajalein atolls.  The poulation density on these two atolls is quite high.  Majuro has a total land mass of 3.75 square miles with a population of 27,797 (7,413 people/m2).  Ebeye island on Kwajalein atoll has 9,614 people on 0.12 square miles (80,117 people/m2).  Although the fertility rate is quite high, the population is decreasing due to out migration.

In the RMI, the delivery of healthcare services is mixed.  Basic public healthcare is available for all residents of RMI. A small copay ($5) is required for all services.  Supplemental insurance is also offered for residents which offers better options for off-island care.  There are private clinics available, though the majority of the population uses the public system.  Generally only foreigners living in RMI have private insurance.

There are two hospitals in RMI, one in Majuro and one in Ebeye.  There are 56 outer island health centers managed by the hospital in Majuro by the Office of Outer Islands. These clinics are staffed by local health assistants, and much information is communicated to Majuro Hospital via radio.  There are 5 outer island health centers that are managed by the 177 healthcare program (victims of nuclear fallout). This is a U.S. federal grant in which U.S. doctors manage these health centers.